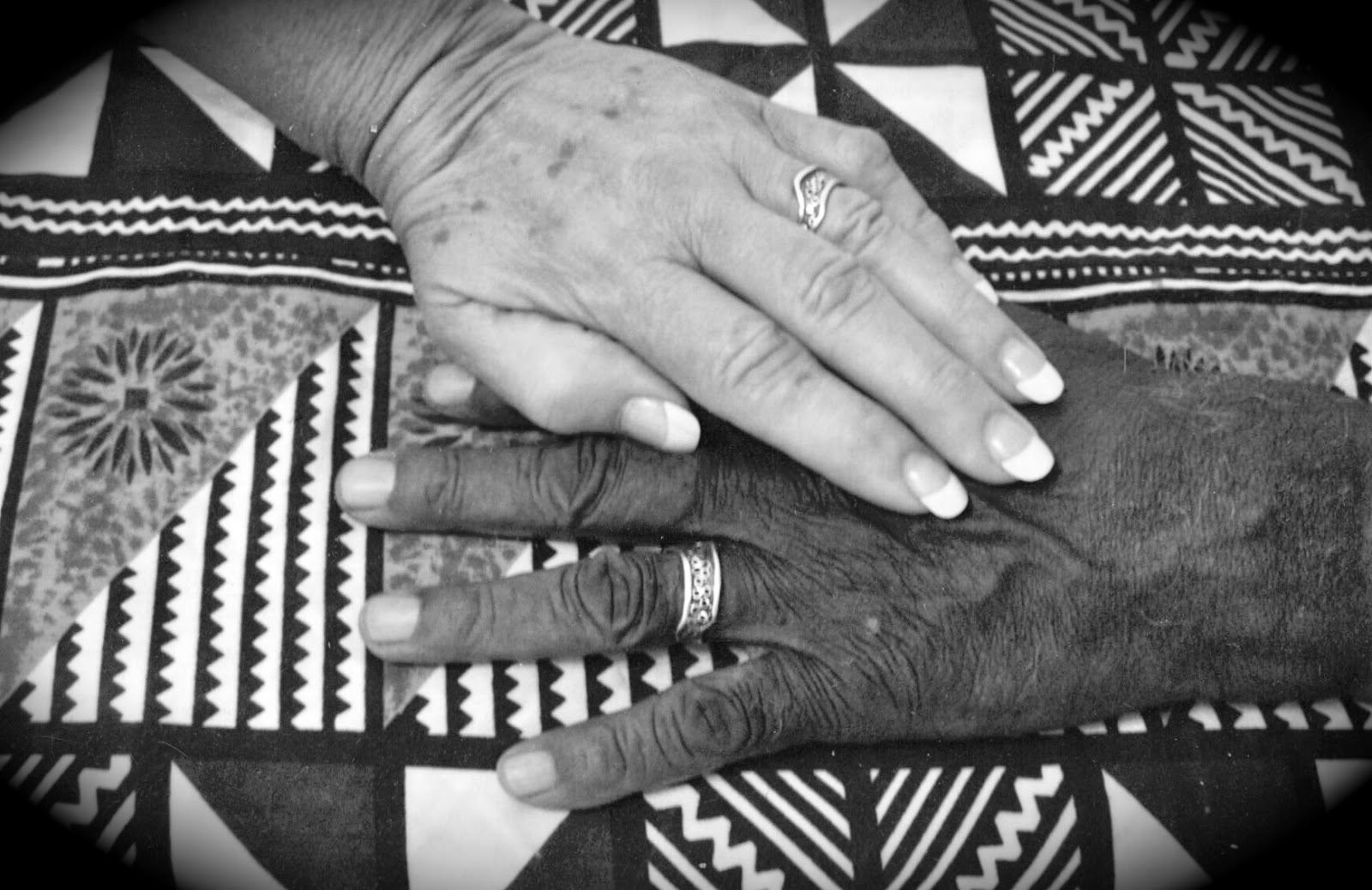 “You are no long part of this family.”
The words my father spoke to me in 1964 when I married my husband, an African American, were the most searing I had ever heard.  To be disowned from one’s family, in this case mother, father and five younger siblings, is one of the most painful things imaginable.

I grew up in a town where I never met any Blacks, Asians or Jews. Though we children picked berries alongside Hispanic migrant workers in the summers, they left the area before school started. I remember being attracted to the few Lummi Indian students who were my classmates in high school; they seemed exotic and mysterious to me.  I wondered why they always sat together in the cafeteria and never mingled with us “white” students.  One day I invited one of the Lummi girls who was in my English class to join me during lunch, but she rebuffed me.  Perhaps she was shy or felt loyal to her group, but at the time I was hurt and surprised, especially since her demeanor towards me seemed even more aloof after my overture.
During my college years, I don’t recall meeting anyone of a different race, though there were many who did not share my socio economic status or religious beliefs.  When I went on trips to Seattle, and Vancouver, BC, I was amazed and fascinated by the  people of various languages, races and cultures.
Because the subject of race had never come up in my home, I had no prejudices and assumed my family also had none.  I was soon to find out how mistaken I was!
The first black person I met was Joe King, the PE teacher in Wrangell, Alaska, where I had gone to accept my first teaching position in 1963.  I did not realize till later what a huge scandal I had caused by dating Joe, who was the only black person in the town.
I was abysmally innocent regarding race relations; the subject had never come up in my protected environment and  this was just before the civil rights era exploded.  I was blithely writing letters home about this great guy I had met and all was good until I sent a picture of the two of us... then all hell exploded!  My parents communicated loudly and clearly that I was NOT to date a black man.   I was shocked at my parents' intolerance and balked at their attempt to control me.
I now realize the irony of my thoughts at the time:  “I am free, WHITE and twenty one and I’ll do as I darn well please!”
My interim teaching assignment ended soon after this; my relationship with Joe also ended and no more was said about the matter.  But I was now fascinated by the whole black-white question and began to read about race relations and longed to expand my social horizons to include friends of different races.  I applied for the Peace Corps and was assigned to teach high school English in Afghanistan. Since my assignment would not begin for several months, I went with a friend to San Francisco, intending to work until I would be going to Vermont to the training school.
I looked through the classified ads in the Chronicle and saw an ad for a reporter for a weekly newspaper, The Sun Reporter. I made an appointment for an interview and when I arrived, I was surprised to find that the newspaper was a Black newspaper; imagine that, a whole newspaper devoted to covering the black community!  With my provincial upbringing, I had never imagined such a thing existed and was thrilled to land the job.
Oh what exciting times followed! I loved interviewing local Community leaders, covering jazz concerts, mingling with black folks.  I loved getting to know the colorful cast of characters who worked at the newspaper, which had a well-integrated staff. I met the first black woman I have ever known there, Katherine Coleman, who became a lifelong friend.
In addition to writing and editing, I helped out in the advertising department, with layout, design and circulation. During my first couple of weeks I was designated to be the person who would pick up the advertising copy for a supermarket chain that was delivered weekly to the Greyhound depot. Little did I know that the lovely gentleman who waited on me behind the package express counter each Wednesday would soon become my husband!