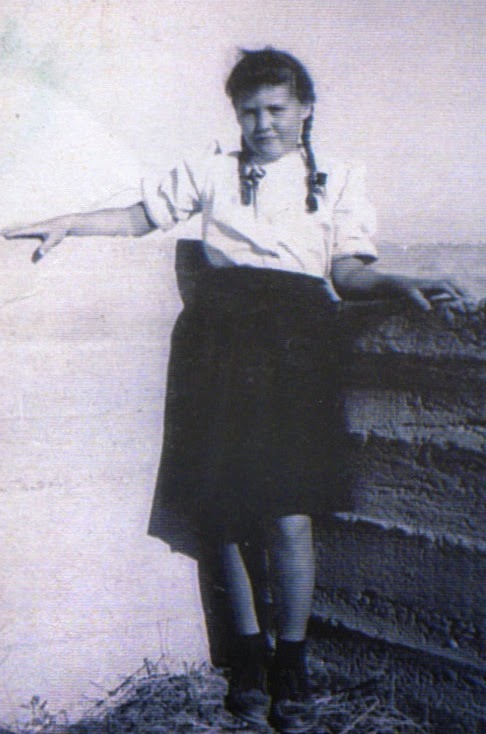 The time of the Spring Festival had arrived. I was almost as excited about going to the school at night for the first time and being able to wear my new patent leather shoes as I was about the festival itself.
It had been a long and difficult winter, our first in the small Wyoming town where my father had accepted a job on a sheep ranch, hoping to escape the noisy crowds of New York City, where he had spent most of his first 30 years. He had found ranch life much less to his liking then he imagined and my mother had spent the winter worrying about scorpions, black widow spiders, rattlesnakes and the wolves that howled in the not-too-distant hills.
But now the snow had melted, the harsh prairie winds were still and new growth stirred. My mother, her cheeks rouged, donned a skirt with many ruffles and my father walked her down the path towards the school as my brother and I trailed after.
As we rounded a bend and the school came suddenly into view, I gasped. Japanese lanterns hung everywhere, gently swaying in the prairie breeze. Light shone through the jade and gold tissue paper flowers we had earlier hung in each window. The two room school house, so unlike the three-story brick school I had previously attended in New York City, looked like an enchanted cottage to me and the effect was heightened by the strains of music that wafted through the door.
I felt suddenly shy and overwhelmed by the beauty and strangeness of it all and I hung back as the rest of my family entered the school. An inspiration hit me and I wondered what it would be like to swing in the darkened schoolyard, so I sat on one of the swings and began to pump. There I experienced one of the most precious moments of my childhood,  a blissful coming together of all the senses, as I lost myself in the rocking motion of the swing, the sprightly sounds of music, the scents of the awakening desert and the site of the luminous schoolhouse.
As I swayed in the swing of that school house yard, pointing my toes skyward, I touched a star! I was an eight-year-old child, old enough to know that I wasn’t actually touching a star, but the magic of the evening was such that reason deserted me and I touched that star over and over again, storing, as I did, the conviction that I HAD touched a star, that I COULD touch a star.  Storing, in my mind, the belief that all things are possible.