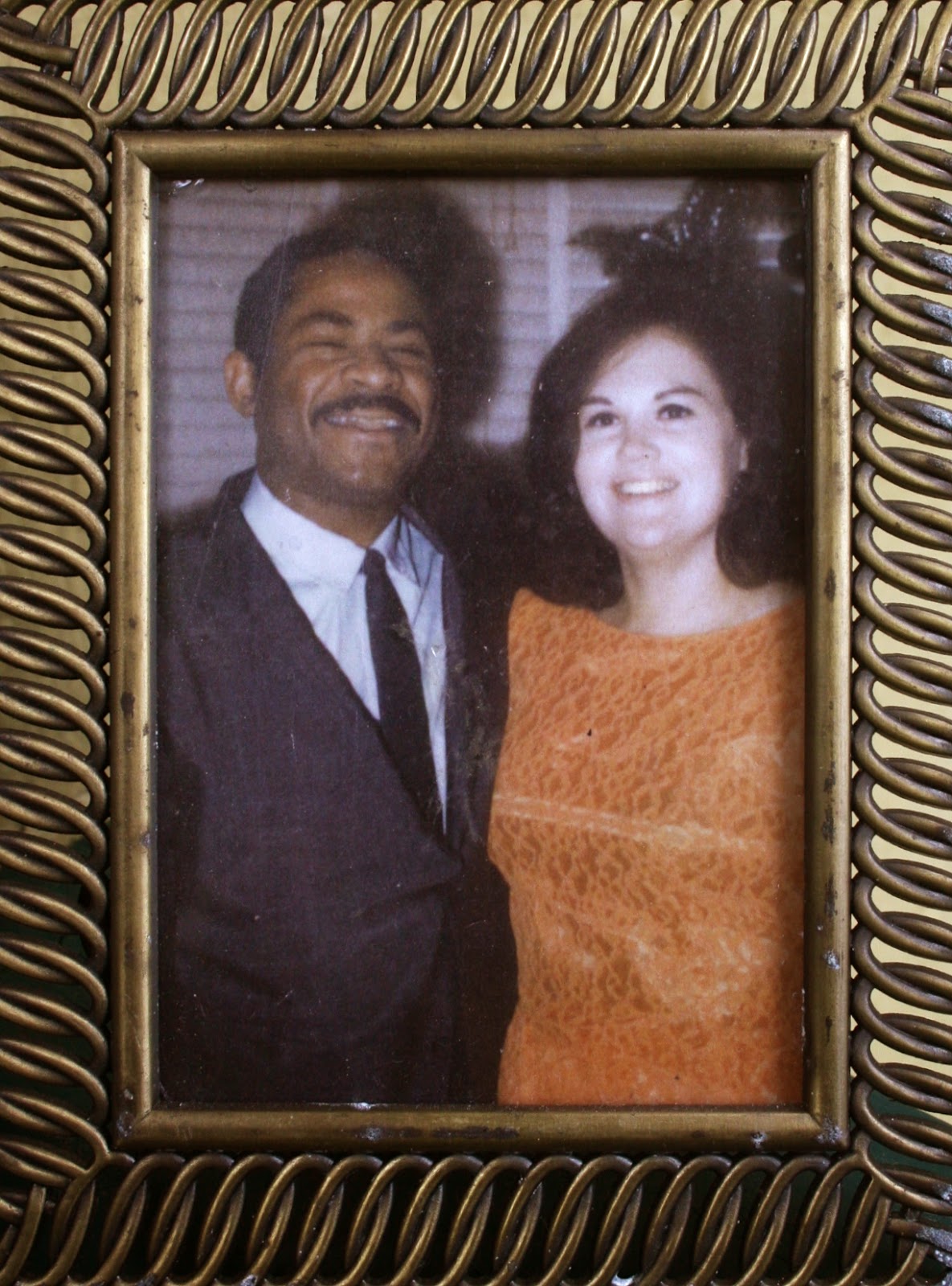 The last two days I have been writing about my interracial marriage. Yesterday, recalling the early days, when I was estranged from my family, pain pounced upon my heart with such ferocity that I had to stop writing.
Although my parents had warned me about dating “colored boys,” I had convinced myself that they would get over their objections, accept my husband-to-be and would be excited about the birth of their first grandchild.   It took four years for that to happen, and in the meantime,  the estrangement that ensued left a wake of pain and feelings of abandonment.
The abortive effort to connect with my parents and the way my siblings had to be snuck out of the house to see me, as though I were a criminal, left scars that took years to heal.  My mother, I found out later, had tried to dissuade my father from his harsh viewpoint. Although she too was deeply disturbed about my relationship with a ‘colored’ man, she would have preferred keeping the lines of communication open. As she explained later, after my parents’ marriage ended in divorce (after a quarter of a century), she felt she needed to “obey” her husband.
When, out of the blue, I got THE CALL… a call from my father, apologizing, and asking for forgiveness,  I cried with joy.  Art, at first, could not understand why I forgave my father so readily, but eventually he and my Dad developed a comfortable relationship, based on mutual respect and a shared history as World War Two vets.
My mother’s first act, after the divorce, was to come to visit us in San Francisco.  When Art came home from work that day, knowing she was there, he brought her a single rose and presented it to her, saying “Welcome, Mom.”  He never harbored any anger towards her and they had a loving relationship until my mom passed in 2001.

The truly remarkable thing about this story is this:  While serving in the Peace Corp, my father met and married a Fijian woman, who was darker and more nappy haired than my husband!

Here is the obit of a man who overcame the prejudices of his generation in most unexpected ways:


Fiji, where he lived for the past 30 years. He was born Feb. 14, 1922, in Brooklyn, NY. He was a Bellingham resident for many years, first serving there in the Civilian Conservation Corps. He participated in the Invasion of Normandy in WWII, receiving a Purple Heart for being wounded in battle. He had many interesting occupations: soldier, sheep herder, lumber jack, boat builder, carpenter, Peace Corp volunteer (two stints), Save the Children Foundation, and Consultant to the United Nations. He learned to fly his own airplane, became a flight instructor, and once flew from Washington State to NY to attend his mother's 75th birthday party. In his last years, he created many beautiful wood carvings.